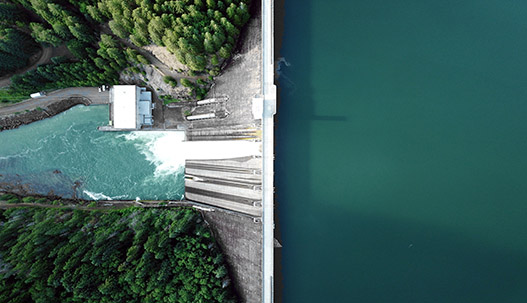 Nature is an essential part of human life, permeating even our social relations. No sooner than summer arrives we seek to leave behind the monotony of city life and the four walls of our offices and schools. We seek out adventures in nature with our friends and family. It is crucial that when relating with the environment we learn to adapt our urban condition to the nature surrounding us in a respectful manner, so as to coexist with the life which inhabits it. This relationship, when cultivated properly, produces mundane and yet extraordinary pleasures. The relationship between humans and the environment has long been an abusive one, leaving its signature footprint on the planet and spawning the consequences we all live today.

Our planet is experiencing a potentially irreversible period of climate change, in as much as human activity has been aggravating its conditioning factors towards increasing temperatures, perhaps even leading to the planet surpassing the fragile limits that help sustain life on Earth. Even though climate change is part of Earth’s natural geological cycles, the speed at which it is currently happening is greater than the capacity which many species have to adapt, thus causing massive extinctions throughout the planet.

Our consumption of natural resources from the environment is unsustainable: we destroy at a quicker pace than nature’s capacity to reproduce itself. According to Thomas Friedman, in March 2016 the average temperature of the planet was 1.2 degrees Celsius higher than the average for the 20th century. What is more, the number of extreme climate events shot up to more than 300% of 1989 levels; the same has happened with the costs of repairing of these events, which indicates they have also been more destructive than ever. No doubt, population growth trends hardly help these matters, as experts predict we will reach 9.7 billion by 2050. Thus it is not only our consumption habits that are inadequate for the environment, but also our numbers, which exacerbates the effects we have on it by over-exploiting the limited resources and incrementally consuming more and more. But although the picture might seem bleak, there is still much we can do to reverse many of the damages. An environmental education focused on building values, attitudes and behaviours which favour the environment may have an enormous impact in the journey towards sustainability and leads us to learn new things.

What can we do to help the planet?

Facing such problems, nature has already provided us with the tools we need to survive, and may even help us adapt to a constantly changing environment. By using biomimicry we are looking to research the workings of the different species around us, as well as creating a habit of taking care of them and keeping them out of harm’s way so as to guarantee the survival of our complex natural environment. The only way to achieve this is to begin to drastically halt climate change, using the tools which nature has given us: if we do this, the alarming indicators of climate change may be regulated, allowing us to maintain overall stable levels for a prolonged period of time. Stefano Mancuso has warned us that we need to adopt a paradigm shift and prioritise the responsibility of keeping a healthy and conscious relationship with nature, which in turn will help us in our aim to manage world resources better, to avoid wasting, to make better and longer-lasting products, and to do this all in a more effective way, taking into account a variety of factors, not just financial profit. In order to undertake this essential change in our thinking we must restructure the way in which we relate to our environment, which is interrelated in its very essence, and which shows us that the optimal models already exist within nature. All we have to do is learn its language.

From technological and scientific innovations to the very way in which we conceive the space surrounding us, our sense of modernity is founded on an ordered conception of space which owes much to the Industrial Revolution.

The hidden benefits of sourdough bread