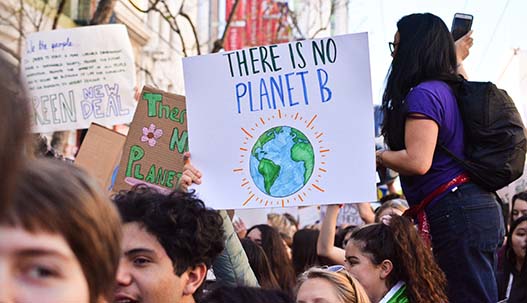 Last Friday was the final day of a week-long set of demonstrations which took place all around the world to protest against insufficient action being taken against major climate emergencies resulting from global climate change.

The week-long protests resulted partly from youth activist Greta Thunberg’s initiative, Fridays for Future, which has called on children and teenagers throughout the world to protest on various different Fridays since the start of the year. The central narrative in this discourse is that irresponsible politics and world leaders are not protecting the future of the next generations. This was organized to coincide with the UN Climate Action Summit, held between 21 and 23 September, to discuss proposals on how to tackle major issues tied to climate change that might exacerbate our problem and lead us to a point of no-return, according to leading experts. This includes setting a limit to the maximum temperature the world is allowed to reach, to the amount of CO2 in the atmosphere and in the oceans, and to the destruction of species which are crucial to maintaining a rich biodiversity in our ecosystems.

UN discussions have led to a series of promising measures with great potential to make a positive impact on our relationship to the environment. Among them are: