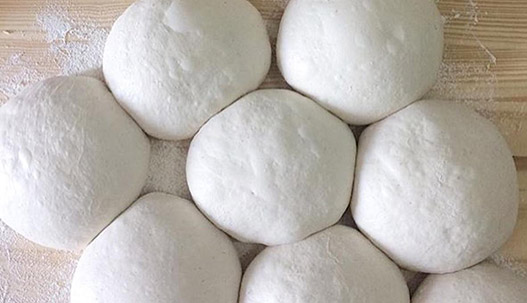 Bread is a central food in human culture: we have been eating it since almost 15,000 years ago and continue to do so, from the most remote areas to the largest metropoles. Over time, our species has developed countless ways of producing it and integrating it into a broad variety of diets. But to what does it owe its success? Among the many benefits with which bread provides its consumers is its high carbohydrate content, which helped the human species optimise its energy use on the road to survival and during the arduous labours of past eras, from prehistoric to modern times. What is more, compared to American corn crops and Asian rice crops, the Fertile Crescent’s wheat crops were rich in protein, which added a crucial nutritional advantage which was spread throughout the Eurasian continent during the Bronze Age, when the first large-scale food exchange took place.

Even so, not all breads offer us the same nutritional benefits or have the same taste, both because of the variety and quality of the ingredients and because of the many different ways there are of making it. Today’s bread originates in the Industrial Age: according to historian Jan de Vries, white bread was popularised during the Eighteenth century in parts of France, England and Holland, when an improvement in agricultural and economic conditions allowed people to buy consumption goods rather than having to prepare them at home; in some cases, this resulted in a qualitative change in the goods being consumed.

Why should we eat sourdough bread?

Given that these breads are produced in large quantities and are made in just a few hours, they are not allowed to undergo an adequate process of fermentation and end up being lesser products, both in terms of their smell, taste and texture, and in terms of their nutritional value. When bread is allowed to ferment slowly, the chains of gluten are broken down more thoroughly, meaning that the human body can digest it more easily. Because of this, gluten-sensitive people can eat such handmade breads without suffering serious reactions to the gluten: the glycemic index of these foods is considerably lower given the reduction of carbohydrates in the dough.

The bread’s taste and smell are given during the fermentation process, in which the yeast and bacteria consume carbohydrates (which take the form of sugar in the flour), creating acids (which are responsible for the smell and taste of the bread), ethanol and carbonic gas. In the making of the bread the processes of alcoholic fermentation (which occurs in the making of alcoholic beverages) and acetic fermentation (which turns said alcohol into acid) take place. On the other hand, lactic fermentation results in tastier and more durable foods. As such, the process according to which these foods are made has a direct influence on the consistency, aeration and lightness of the dough. If the fermentation process is long and controlled the acids, ethanol and carbonic gas will abound and the bread will be better.

Biomimetics as a metamodel

Nature for the survival of our species